How to submit your film project to Angel Studios

Angel Studios’ mission is to share stories that amplify light. If you have a story that you believe amplifies light, then follow the creator journey below.

Here is what to expect:

💡 How do we define light? Whatever is true, honest, noble, just, authentic, lovely, admirable, excellent, or worthy of praise.

What is the Angel Guild?

The Angel Guild is made up of Angel investors and guild members. Angel Guild members decide which productions to green light, have access to exclusive content, and get to communicate with creators.

What is a Torch?

A torch is a prototype of your final production that is at least five minutes long. Angel Guild members will watch your torch and vote on their favorite projects. You must submit an eligible torch before receiving any consideration from the Angel Guild.

Why do you need a Torch?

💡 Tip: Torches between 10 and 20 minutes have historically performed the best the with the Angel Guild.

If you would like to see examples of torches that have already passed the Angel Guild, you can download our mobile app.

💡 Please note: Angel Studios is not currently accepting scripts, trailers, sizzle reels, or books for review by the Angel Guild. 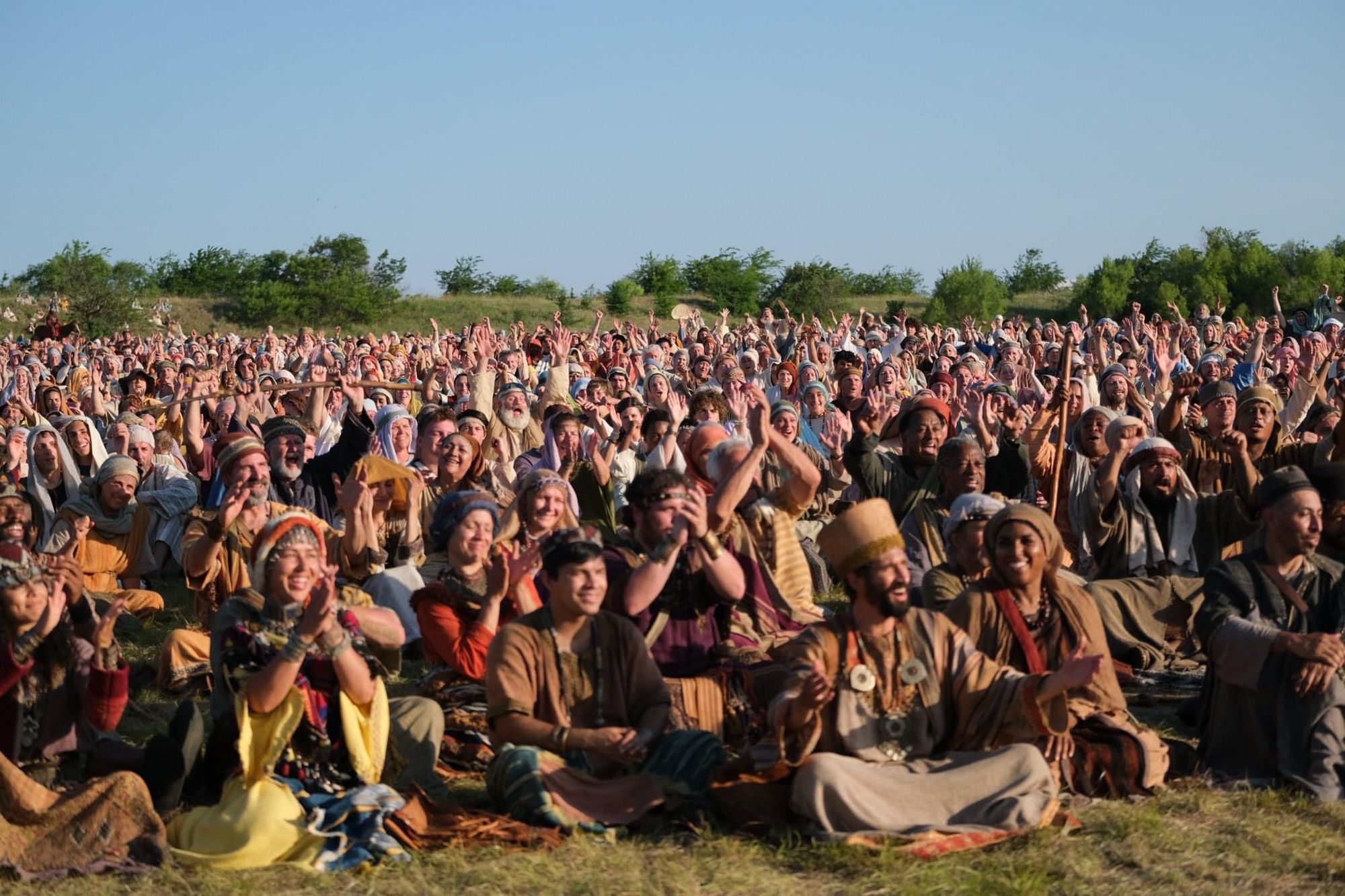 The filming of the feeding of the 5,000 with The Chosen.

Building a movement is where together we begin to grow an audience for your production. Once your torch passes the Angel Guild it is watchable by our entire Angel audience. Angels then “Express Interest” in their favorite projects to help you predict how much funding you might receive.

You are also granted access to the Angel feed in the mobile app allowing you instant communication to your audience on Angel which will help you gather insights from your viewership.

In this stage, you are introduced to your team at Angel Studios, and we build a strategy to bring your production to the big screen. If we select your film or series as an Angel Original, our team will help you with goals, branding, and messaging while giving you full creative control of your production.

You can crowdfund for production or for P&A (print and advertising) if your film is already finished.

💡 Angel Funding operates independently of Angel Studios and is an SEC and FINRA regulated Portal focused on film and TV.

This is the where creators do what they do best. Angel Studios is mostly hands off in this stage, and we allow you to bring your vision to life. We give full creative control to you during production and are happy to provide any additional resources if needed.

During production, the Angel audience continues to remain accessible to you. Keep your fans up to date and grow your audience by posting regularly in the feed.

Your final step in the Angel Studios model is distribution. We work with you to create a distribution strategy and reach as wide an audience as possible.

Take a look at the Angel Distribution model explained in this video:

Here are a few steps you can take to increase your chances of passing the Angel Guild and partnering with Angel Studios.